This “Slimy” Job is Really a “Numbers” Job 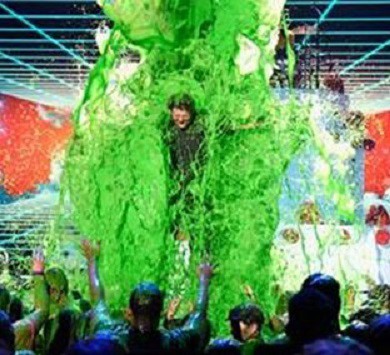 Scott Heger’s company, Blair Adhesives, makes hundreds of different products, but there’s one product category that gets all the attention.

You know that gooey stuff that kids love to play with? Slime is having a heyday, largely due to its supporting role in Hollywood blockbusters and television productions. It’s used as a substitute for almost any liquid that wouldn’t be practical, such as blood, liquid gold, lava, oil, mucus — even giant quantities of guacamole and mashed potatoes.

The famous scene from the original “Ghostbusters” movie in 1984. “He slimed me” became a popular catchphrase.

One might think that making slime comes down to chemistry, and it does, in the sense that slime is comprised of 7 – 10 different chemical ingredients. Depending on how those chemicals are combined, the finished product can have radically different properties viscosities, colors and chemical properties.

But Heger says the actual production process — as well as the rest of his business — is less science than it is math.

“Every product we make is basically a recipe,” said Heger. “I made a master spreadsheet of all the special effects and adhesive formulas and ratios. My employees can just enter the number of pounds they want to produce for any product into the sheet, and it tells them exactly how much of everything they’ll need. Then they follow that formula just like you would follow a cake recipe, and I don’t have to worry.”

Although goo may be glamorous, the majority of Blair Adhesive’s sales comes from manufacturing more mundane but common products, such as a glue that holds cardboard shipping boxes together. In fact, Blair Adhesives was named an “essential business” during the coronavirus pandemic, because where would we be without boxes to deliver toilet paper and groceries? 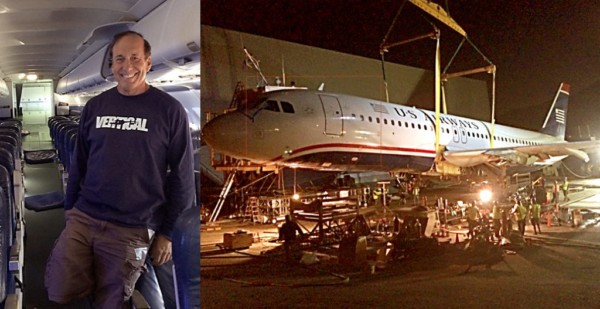 Hager inside the water-flooded plane on the set of the movie, “Sully.” It requires a lot of math to take apart and glue together 100,000 pounds of airplane and equipment!

Good at Math = Success in Business

Always strong in math, Heger is emphatic about the critical role that it plays in a company’s success, regardless of its product or service. His ability to do mental math, including adding three-digit numbers in his head, comes in very handy.

“As a salesman who goes out in the field, I need to calculate prices all the time, and being able to do it quickly serves me well. I rarely use a calculator at all,” he said.

“And the big thing with math is, it’s a building block. if you don’t have the addition, subtraction, multiplication and division down at the beginning, you can’t go on to the next step of geometry, trigonometry or any of the other things. You have to have those basics down pat, or you’re lost at the next step.” Heger graduated with a degree in economics from the University of Southern California, where he says accounting was the hardest class he took, but “that’s the class that continues to serve me the best.” He also recommends taking a probabilities and statistics class to help in making good business decisions. For example, he said, “Let’s say you made 50 refrigerators and you’re told that three of them have a defective part, but you don’t know which ones. You’ve searched the first 10 refrigerators and found two of the three defective ones. What’s the probability that you’re going to find the remaining defective one in the next 10 you search, or the next 10 after that? Is it worth the search? “You can do a lot of problem-solving without math, but with math, you can save yourself time and money and point yourself in the right direction,” he added. Being confident in both written and mental math skills, he said, is a competitive edge. “I use my math skills all day long, and any business owner should, or he has to pay for someone else to use math all day long, because that’s what makes a business function. Any business is a numbers business. It can only succeed with a ‘numbers guy’ somewhere involved in it.”