News from Mathnasium of Barrie South

In order to see what the difference is between motivation and inspiration when teaching math, I’m going to start with a quick story… 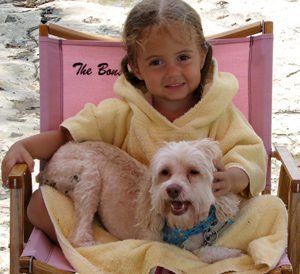 You have a dog named Herman. Herman is cute, fuzzy, has a pink nose and loves you unconditionally. You think he’s great.
So you want to share him.

You put a bow around his neck, and hand him to your children, Abby and Dirk.

“Here is Herman. He’s cute, lovable, and a perfect pet. Isn’t he fabulous?” you tell them.

Abby looks at Herman and is so excited. She thinks he’s fabulous, wonderful and sees in him everything that you do. Inspiration hits her – she loves him like you do!

Dirk, on the other hand, wants a cat. He’s not sure how to voice this. But since you’re so excited about Herman the dog, he rolls with it.

He wants to please you, so he feigns interest in Herman.

Herman’s not a dog.

Herman is your curiosity. Herman is what you find interesting and inspirational.

And just because Herman is wonderful for you, doesn’t mean Herman is perfect for everyone else. 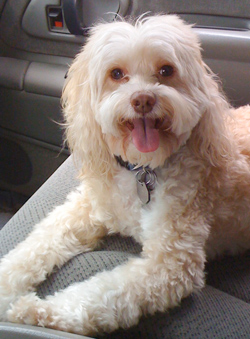 We offer Herman, and they take him. Because they want to please us.

Lots of educators these days are talking about helping children connect with math through real life experiences. They want to give children curiosity about math in the real world.

Grownups take their connection to the real world, their own curiosity, and pass it on to children. We take everything that we find fascinating, our own personal Herman, and hand it to the child.

Motivation is not inspiration.

The growing thought among educators is that children need to be curious in order to learn math. So we’re creating ways to get children curious.

But are we doing it right?

The child will happily take Herman, your form of curiosity. This could mean they are truly inspired by what you give. And it could mean that they are merely motivated.

Motivation isn’t a bad thing, for sure! But if we mistake motivation for inspiration we are doing the children a disservice.

If they’re motivated, they’ll only do what’s next to get praise. It’s about you, the grown-up, and how much they can please you.

If they’re inspired, they’ll want to take their learning to the next level – even when you’re not around. They’ll want to see and do things to enhance their understanding without needing your praise and attention. It’s about them.

And when things are about them, they own it. They succeed because they can, not just because we want them to.

And have you passed him along? Was he inspirational or motivational? Share your thoughts in the comments! 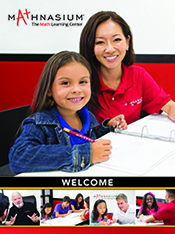 Thanks to Mark Awesome math education for grade 1 to 12 I love timings and method of teaching! My kids love to stay more and more time! Heena
Report a concern
J.M.

Our son has developed greater confidence in math since beginning at mathnasium! No complaints about going, ever and he is happy when I pick him up! A win in my books!
Report a concern
Melisa Issler

Huge improvement in math understanding and application in school work! Thanks for putting together such a great team of tutors, who genuinely care about their students!
Report a concern
Read More Reviews

Thanks to Mark Awesome math education for grade 1 to 12 I love timings and method of teaching! My kids love to stay more and more time! Heena
Report a concern
J.M.

Our son has developed greater confidence in math since beginning at mathnasium! No complaints about going, ever and he is happy when I pick him up! A win in my books!
Report a concern
Melisa Issler

Huge improvement in math understanding and application in school work! Thanks for putting together such a great team of tutors, who genuinely care about their students!
Report a concern
Ashleigh Oke

Since joining Mathnasium my daughter has moved up an entire grade level. Her confidence has increased and her anxiety has gone down. Mark and his staff are game changers!
Report a concern
Madina Mamitova

Great instructors and service! My kids loved it! They looking forward to continuing math practice here!
Report a concern
J.S.I.

Very friendly and my son likes going there
Report a concern
Y.V.B.

I highly recommend Mathnasium of Barrie South to all of my friends! Wonderful staff, great location, and the kids love it.
Report a concern
N.D.

my son get more strong and improve in math .
Report a concern
M.F.

My name is Jamison and I have been going to mathnasium since July. Mathnasium is an awesome place to learn math and have so much fun at the same time. the staff there are incredibly nice and super friendly. If you have a question or don't understand something they are always there to help out.
Report a concern
Kristin Pavey

I never thought my boys would volunteer to spend their summer break doing math. They absolutely enjoy their visits! A fun environment guaranteed to improve your child’s confidence and enjoyment of math. - Kristin Pavey
Report a concern
Kevin bell

My son needed help in math. Usually he’s reluctant to go to tutors. He felt very comfortable his first visit. Then all the rest of his next sessions he actually wanted to go back for more help . Great place you have there !!
Report a concern
Amy Haverland

My daughter has only been going there for a few months, but we have already noticed a change in her attitude towards math. She enjoys going there. It has given her the boost that she needed and more confidence in what she is doing. The staff is great, very friendly and attentive to the children's needs. We are so happy that we found Mathnasium! Thank-you!! :)
Report a concern
Andrea Stapley

Both my kids have greatly improved their marks attending mathnasium. Excellent concept to get them the help they needed when their teachers at school are not giving them adequate support so they can actually understand what they are learning.
Report a concern
S.Z.

My son only need temporary help to catch up with grade 9 math class. He appreciated the positive and calm learning environment. The results on his review tests showed how much Mathnasium was able to help him gain confidence and reach his goals
Report a concern
Janice Mclean

Bree has been enjoying her time here. We like the atmosphere, and the staff.
Report a concern
M.B.

You really helped my Daughter to understand the Grade 12 math she needed to get into University. With her dedication and your teaching she completed the full course in less than a month! Thanks again
Report a concern
J.M.

At an Ontario high school, a mark-less math class is challenging how students engage in learning

Learn Math the Fun Way None of the students ever pass math quizzes in Erin Marsella’s hi...

There are many daily ways math can be relevant to children – from using money to matching o...

10 Ways to Avoid the Summer Slide

While summer is the time for fun in the sun, it’s also when your child’s math kno...