Ask Education: What is Infinity? (Part 1) 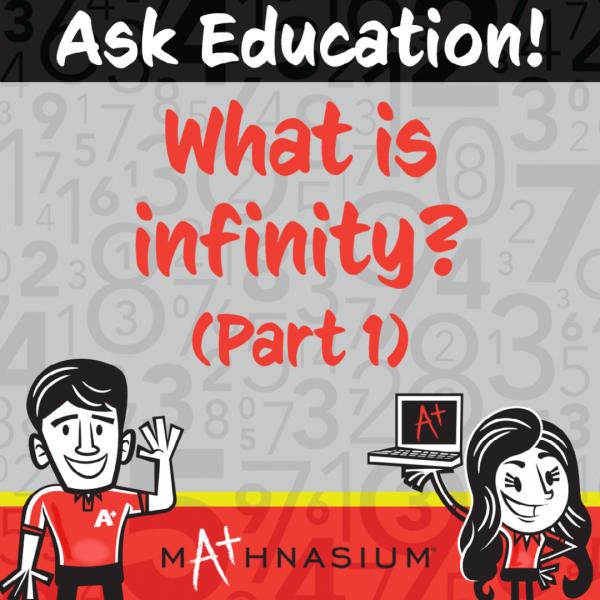 Our expert team of math educators and enthusiasts has spent over 40 years developing and refining the most powerful teaching methods and materials into the comprehensive, industry-leading Mathnasium Method™. These “Ask Education” features are a way for the Education team members to share their knowledge and love of math with our curious readers and fans.

Hi, Mathnasium! What is infinity?

Thanks for the question, Saakshi. Let us, in turn, ask a question: What is the largest number you can think of?

Now, add 1 to it. Is this number larger? Of course!

Infinity is the idea of real numbers being endless. Infinity is not a number. It is a concept representing a quantity with no bounds.

Infinity is greater than any real number, so there is no “biggest” number. Whereas “finite” means we could eventually count to an end, infinite (or not finite) means never-ending and indefinite. Think about a line — it extends in both directions without end and contains an infinite number of points.

Since infinity does not behave the same way numbers do, it can be hard to comprehend. We will explore a few properties of infinity to help you understand this mysterious wonder.

Infinity as a Concept

“What is the biggest number, Nick?”

“There is no biggest number, dad; they just keep going and going, to infinity.”

“Where did you find out about that, Nick?”

“We were talking about it out on the playground.”

One day our Principal Education Advisor, Larry Martinek, and his son Nick were talking about how tall buildings are. In the conversation, they decided that the first floor was 1 and that the ground itself was 0. Then Larry said, “Hey, let’s call the basement negative 1.” He told Nick, “Negative numbers are the numbers before zero.”

Then Larry told him, “Negative numbers work exactly the opposite. Negative 4 is bigger than negative 6.”

“Do you remember about negative numbers, Nick?”

“Yeah, because of negative infinity!”

Infinity is not an easy concept to grasp, but with time and practice, you will achieve your own “Aha!” moment with it.

There are so many more things we could say about infinity; we’ve actually decided to answer your question in two parts! Stay tuned for our next blog post on infinity in the real world and infinite sets.

If you would like to learn more about infinity in the meantime, reach out to your nearest Mathnasium Learning Centre. See you on our Number Sense Blog again soon!

Readers: Do YOU have a math-related question you’d like our education team to answer? Submit it at: http://bit.ly/AskMathnasiumEducation. 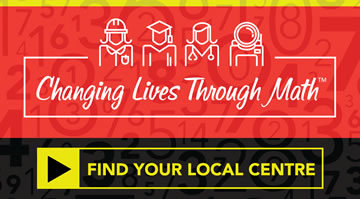